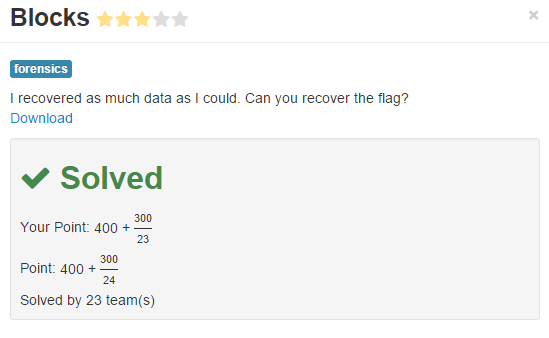 Good fun this one, and worth a lot of points also as I solved it very early. It involves a small file of “unknown” data which we’re told is probably not complete in the clue.

First things first let’s grab the file and check it out:

Ok that’s of no help, what about strings:

Nope. How about repairing it?

No, it’s just too messed up? Let’s look at the SQLite file format… The file should have the magic bytes “SQLite format 3\x00”. Our file has this:

So we’ve got a 0x20 (Space), 3, Null. Looks a lot like the ending of the proper file header, let’s stick some bytes on the front and see if we can load it…

Sweet. What lies within this then? I found a tool called sqlitebrowser installed. It’s a bit cool. With it we can browse the structure of the SQLite db file graphically. That helped come up with a strategy for me:

This is the main UI for the browser, you can see the file loaded pretty successfully. 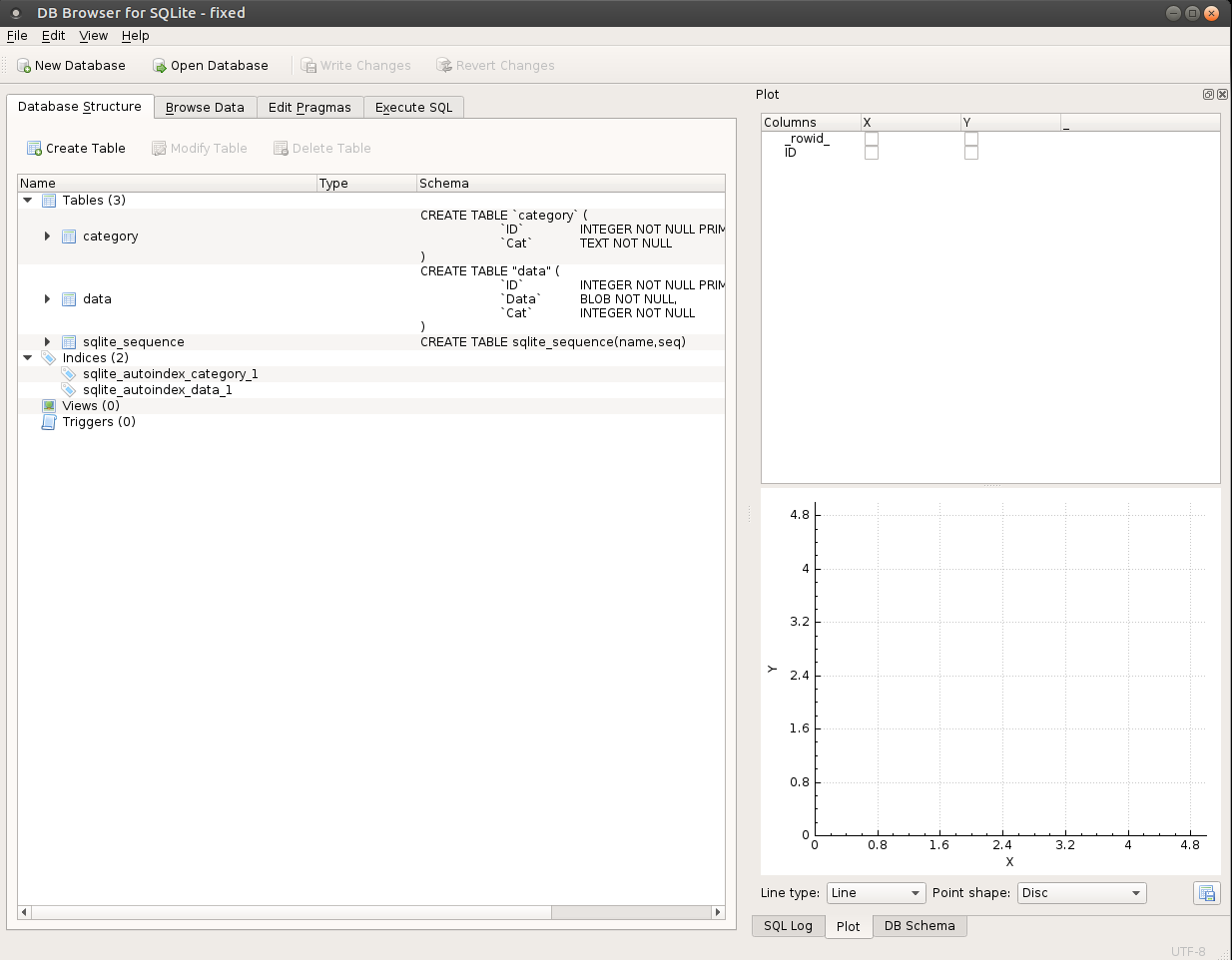 In the data browser we see what the deal is. One table has common PNG header values as category names… 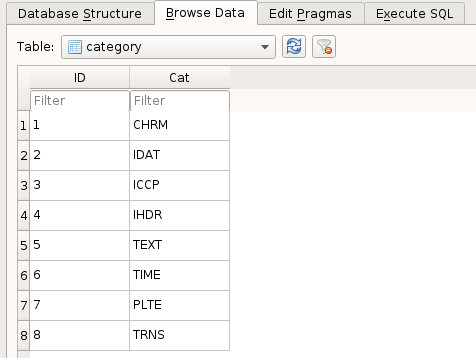 And in the Data table, we have binary blobs with category fields which relate them back to the Category table in accordance to what PNG chunk they belong to. 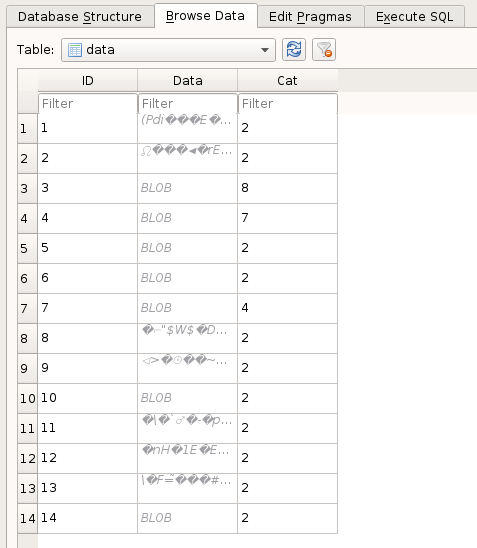 So pretty much this looks straightforward for IHDR, PLTE, tRNS chunks. However the IDAT chunk (the actual image data) is split into multiple 270ish byte chunks and deposited into the database. And yes, before you ask, the blob’s are in random order. So we have a total of 11 chunks of image data in a completely random order. Leaving us with a totally massive number of possible image data permutations.

Let’s see if there’s any hints in the blob data to see if we can reduce the permutations.

Firstly, below is the 5th row blob data. It begins with an “x” character which I often see as the first byte in IDAT chunks in PNG images. So let’s try placing that first. 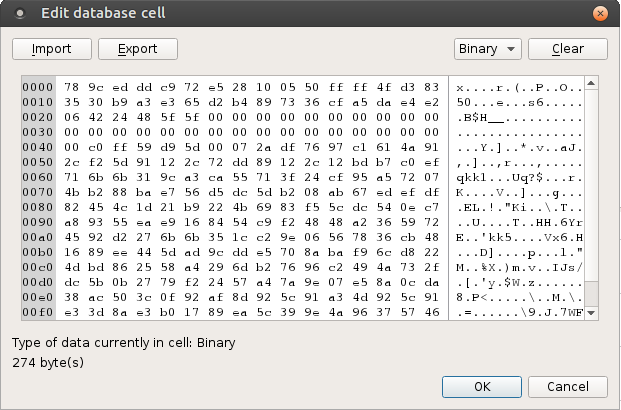 Next I see the final row 14 blob data is 270 bytes while all other blobs are 274 bytes. This could mean it’s the final block. Upon further inspection it contains a few null bytes towards the end, further cementing the idea this is the final blob in the IDAT chunk. 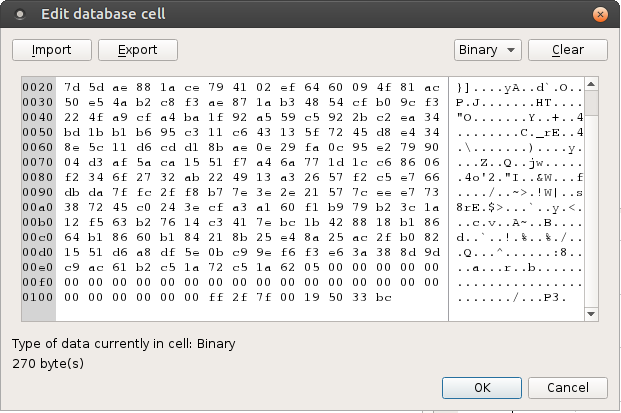 In order to just move forward with the challenge, I decided to write some Python code that will generate PNG image candidates which I can quickly review in Windows explorer thumbnail view for likely candidates. I’ve done a challenge like this before so I knew that it would “work”.

I used this code with a itertools.permutations() with the r value set to 9 for about 360,000 PNGs. With a very fast SSD this was actually no big deal to quickly scroll through for candidates. On the 327,600 image I found that blocks 2 & 3 were aligned and I saw a partial flag image (I could read SharifCTF{6).

This reduced the permutations needed down to an “r” value of 7 so I added these block markers into the Python code.

After just 3046 more PNGs I had the flag so I stopped looking for other ways to solve this: