Sorry but this challenge was not solved by me during the competition but afterwards I came to know the solution by way of IRC and wanted to document it in case I forget. It was only worth 2 points but was solved by very few teams during the competition. Normally I don’t let this bug me but I missed these obvious things so I’ll share them with others so we don’t make such mistakes next time

lily.flac was a FLAC file, a type of lossless compression for audio files. When we download the file we can decompress it with the flac program pre-installed on Kali:

Ok great. Next I examine the file in sound visualization tools looking for common steganography approaches. I learnt of a great free tool called Sonic Visualizer for this process but i got the most useful information using the Spectrogram function of Audacity. See the screenshot below: 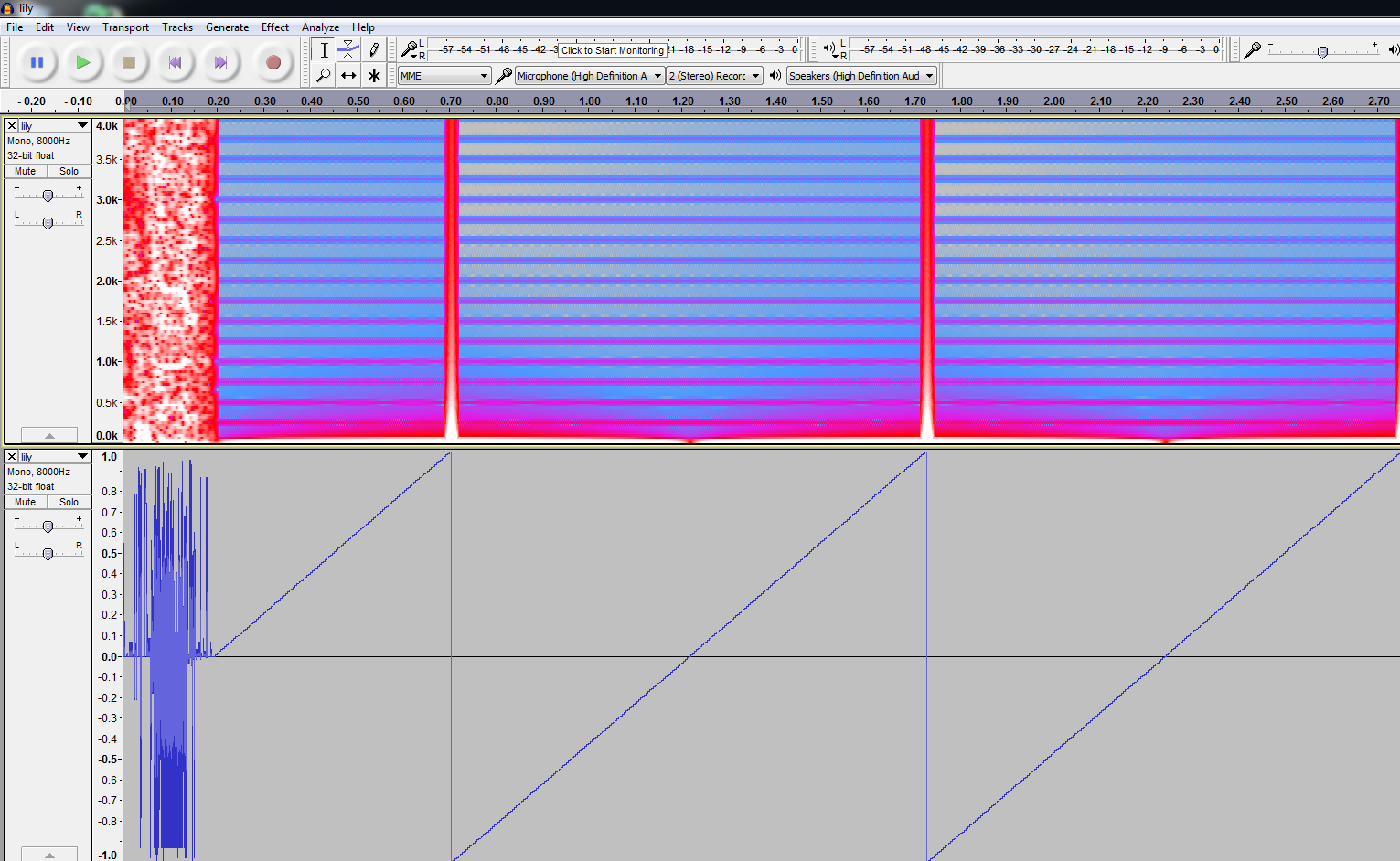 Here we see that the wave consists of a sawtooth wave and is probably computer generated “filler” the interesting point is the scrambled waveform before the sawtooth. This indicates data is probably here. There is a similar formation at the end of the file. This indicates there could be another type of file with it’s own header/footer encoded within.

If we make an assumption and believe that within this WAV file is an encoded binary of some other kind we can begin to come up with the solution using “frequency analysis” by eye. First we open the WAV file in a hex editor and skip past the RIFF Wave file header. The WAV file data starts after the “data” marker. Here we can see many bytes of 0x80. In any typical binary file the most common byte is 0x00. If we maintain our assumption that our WAV file is really an encoded binary then we can say then it may be simply XOR’d and since any value XOR’d with 0x00 is itself, the key may very well be 0x80. 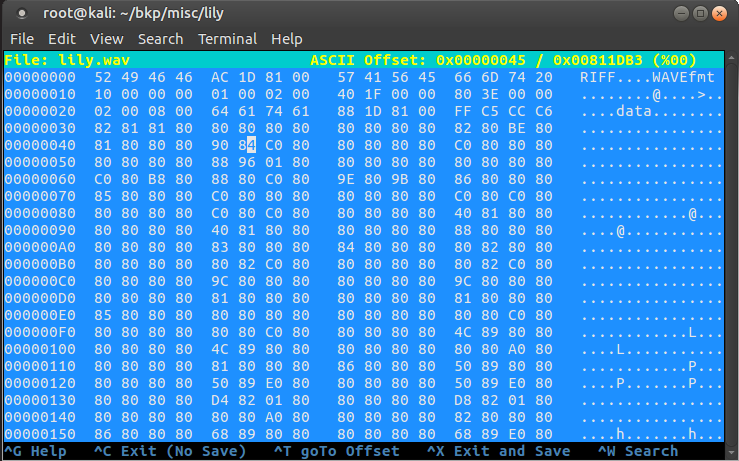 We can use Xortool to conduct a quick attempt at this:

Wow, these look like strings you’d see in an ELF binary! We found it. Next we just need to delete the extra WAV header bytes and see if we can run the file:

Can’t believe it! Wish I figured that out earlier.